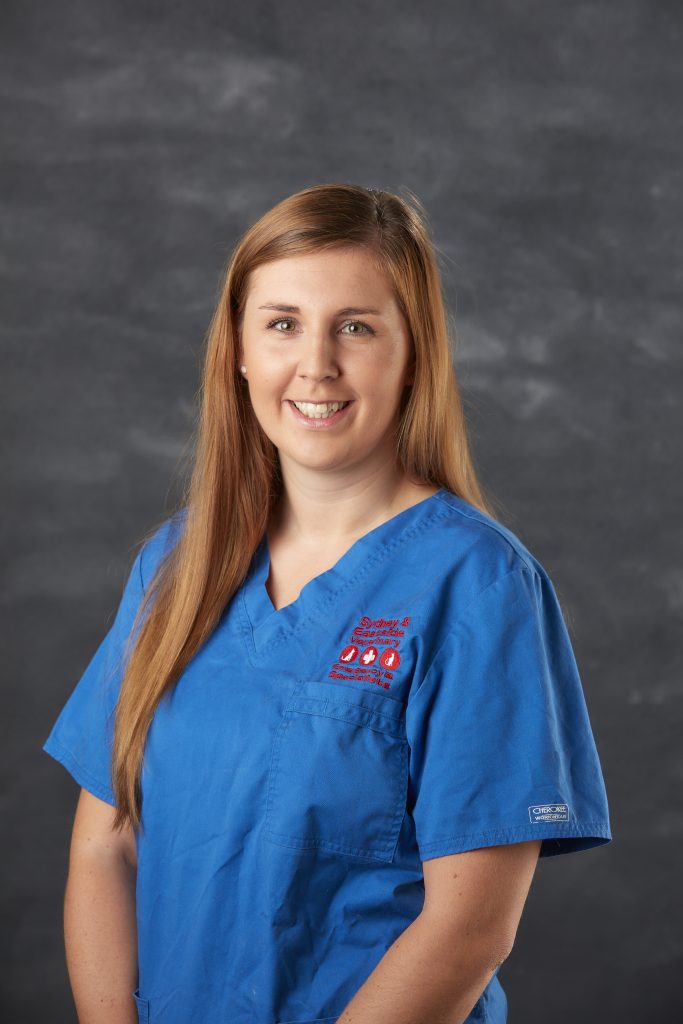 Hannah is a registered veterinary nurse originally from Birmingham in the United Kingdom. She has a degree in veterinary nursing and business management and is also a registered canine hydrotherapist. Hannah has a keen interest in physiotherapy and rehabilitation, as well as inpatient care. After working for five years in the UK, Hannah decided she needed a new venture and flew to Australia in January 2016.

Hannah tries to make the most of her time off by heading out and visiting many of Australia’s national parks and heritage sites. She also enjoys going to the gym, reading and going to the beach.

She has been a part of several volunteer programs across the world including working at an elephant sanctuary in Thailand in 2012, and a Vervet Monkey Rehabilitation Centre in South Africa in 2014. Hannah enjoys travelling and experiencing different cultures around the globe.

Hannah has a rescue cat called Percy. He had a rough start in life but since coming to live with Hannah he loves to snooze in the sunshine and have lots of cuddles. Percy’s fun fact is that he only has three legs.